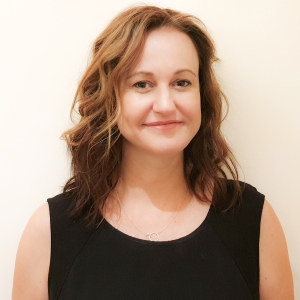 Kerrie started dance in 1982 at the age of 4 training in classical ballet, jazz, lyrical and tap.

In 1996 she was accepted into Brent Street Performing Arts full time course where she completed her certificate IV Diploma in Dance and in 1997 Kerrie started her career as a professional dancer with her first contract in Thailand at the Andaman Casino. In 1998 she performed in Singapore with an Australian dance group tribute show to Spice Girls.

After auditioning in London for the U.S company Peter Grey Terhune she embarked on her first cruise ship contract with the Crown Princess in 1999. In 2000 she was promoted to dance captain where she held that position for many years with PGT performing on various ships including the 6 star Radisson Voyager of the Seas world cruise in 2005.

In 2001 Kerrie had a brief break from cruise life and was contracted to perform in the Aladdin show at the Leo Foo theme park in Taiwan. In 2004 she did product launches for Samsung and American Express with the Indian event company Showtime. These launches travelled to New Delhi, Mumbai, Calcutta and Hyderabad.

During vacation seasons Kerrie would freelance teach and do workshops for various schools in Sydney. In 2004 she taught for Francesca Academy of Dance in Wauchope and Port Macquarie. And from 2006 – 2008 she taught exclusively for the prestigious Alegria Dance studios in Sydney.

In 2009 Kerrie took on her most challenging and exciting role of her career returning to the Manning Valley to open her own studio.

KR Dance provides students with the correct training from pre-school to advanced levels. She has made it her number one priority to continually evolve with the most updated and modern styles of dance training available.

Dance education is not simply technique. A students dance experience creates and     enhances self esteem, confidence, discipline and a sense of purpose.

Whether it’s for fun or for the more dedicated dancer, KR Dance teaches your child the skills that last a lifetime.